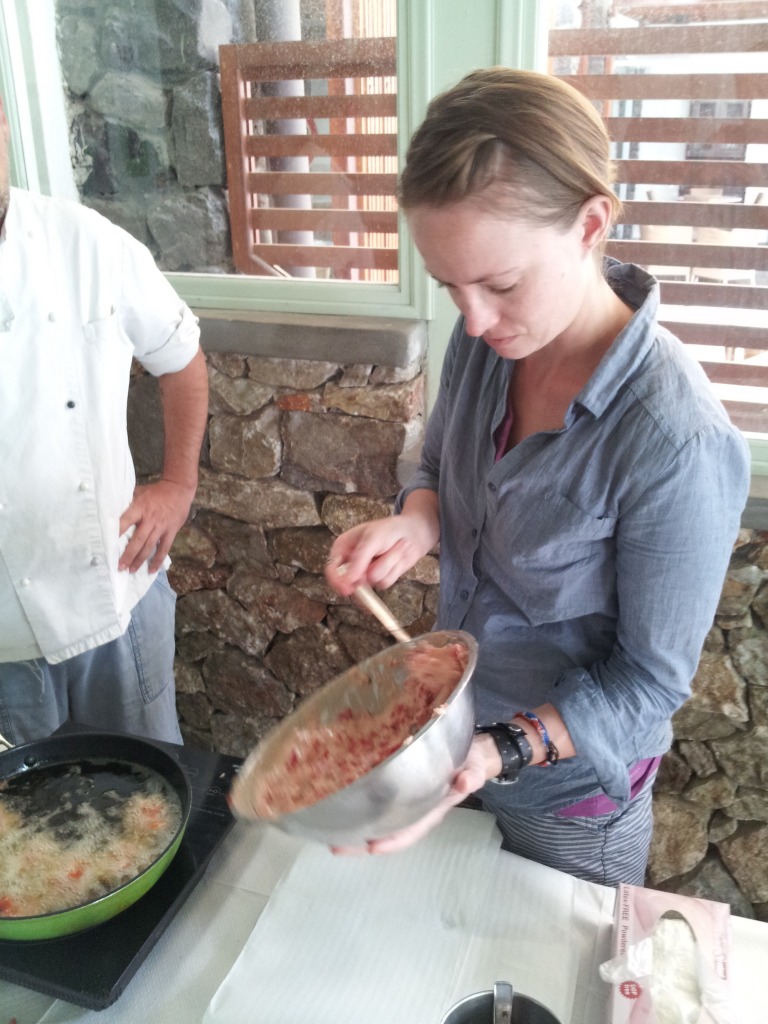 The cooking class that we attended in Santorini, Greece was a little different from the class in Istanbul- obviously, there is no Spice Market to tour here in Santorini, instead there are vineyards. So before we set off to learn about Greek cuisine, we stopped at a few wineries to learn about the wine making here in Greece.

Believe it or not, this is the vineyard! The vines are trained low to prevent damage from the intense wind and sun

The vines here on Santorini are some of the oldest original vines in the world. Many original vines throughout the world were destroyed in the 1800’s when the pest Phylloxera (a type of aphid) reached Europe. Phylloxera essentially wiped out the grape vines of Europe who had no resistance to the new pest. France was hit especially hard. The only way to stop it was to import the resistant American varieties and graft the European vines onto the American roots. Thanks to the sandy, volcanic Santorini’s vineyards escaped, unscathed as the Phylloxera could not survive in the soil. Many of the grape vines in Santorini are original and date back to the Middle Ages.

The rocky, volcanic soil in Santorini not only saved the vines during the Phylloxera invasion, it keeps the vines alive during the dry summer months. The pumice in the soil absorbs water from the humid air and holds it in the ground, providing the vines with the moisture they need on an island that averages less than 10″ of rainfall a year. The wines are known by three flavor characteristics: minerals, salty and acidic. The Assyrtiko grape is the flagship grape on Santorini and while it is a white grape, it produces very full-bodied wines. One of the best known wines from Santorini is the sweet dessert wine, Vinsanto. 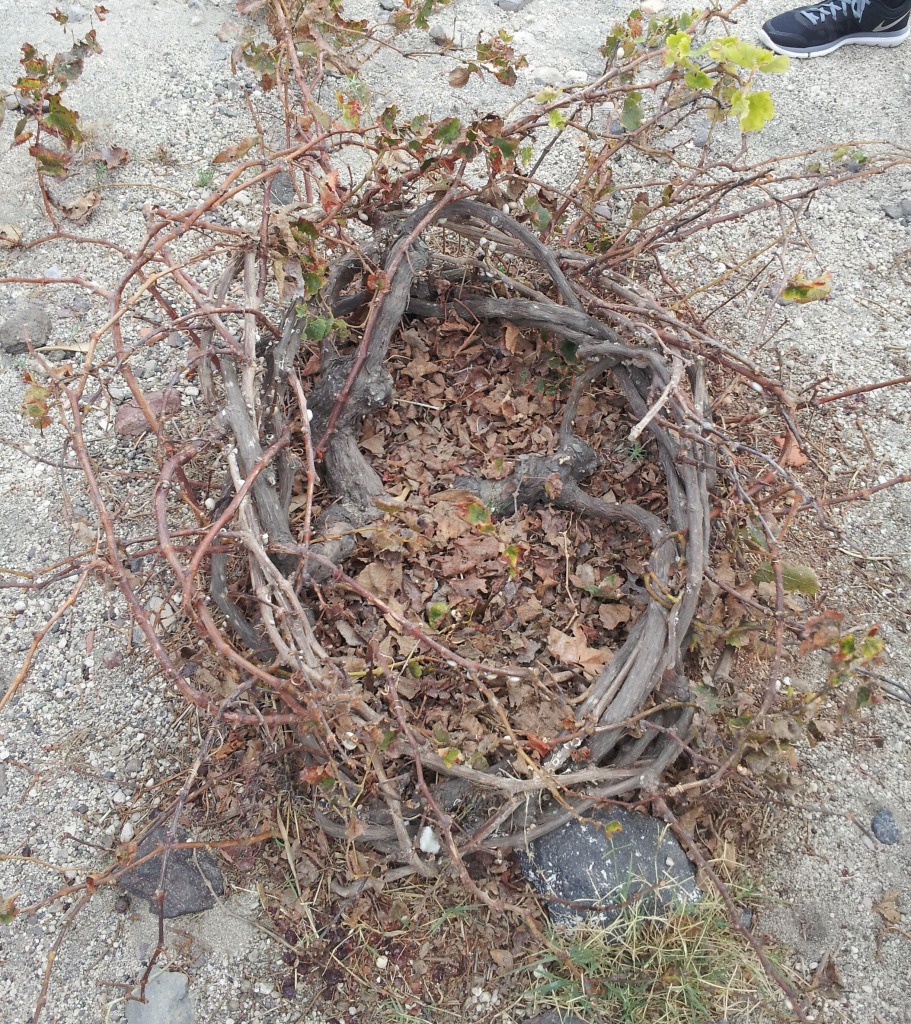 Grape vine on Santorini. The basket shape protects the grapes from the wind and sun

Our tour of the vineyards was amazing, our guide was a sommelier, originally from Greece, but living in Scotland and visiting Santorini to study their wines. He was unbelievably knowledgeable, but very personable as well. He explained wine tasting in simple laymen’s terms, making it very accessible and fun, instead of stuffy and overwhelming. We paired our wines with different cheeses, spreads, olives and other tapas to see how that affected the flavor of the wine. My favorite was the sweet Vinsanto paired with a strong blue cheese- the flavors were incredible together!

After our tour of the vineyards, we stopped at a restaurant in the small beach town of Kamari called Nichteri. The chef there taught us about various aspects of Santorini cuisine and we got to try our hand at making tomato fritters (while I didn’t love the deep fried aspect, the tomato and mint combination was out of this world and not something that I have tried before!), Santorini salad, and pork chops in Vinsanto sauce. All of it was absolutely amazing, and most of it highlighted the fresh flavor of the foods without a lot of complex cooking or obscure ingredients, making it easy as well. Definitely my kind of cooking!

Print
Santorinian Salad
Author: Katy
Serves: 4 servings
From Nichteri Restaurant
Ingredients
Instructions
Notes
In place of rusks, cut 4 slices of day old baguette in half or toast fresh bread under a broiler until it is dried through and golden brown on the outside.
Because this salad has olives, feta and capers in it, it is high in sodium and very salty already, so I do not recommend adding any salt
3.2.2807

Science based nutrition tips straight to your in-box!